Everyone is welcome here: making space for sanctuary in the workplace 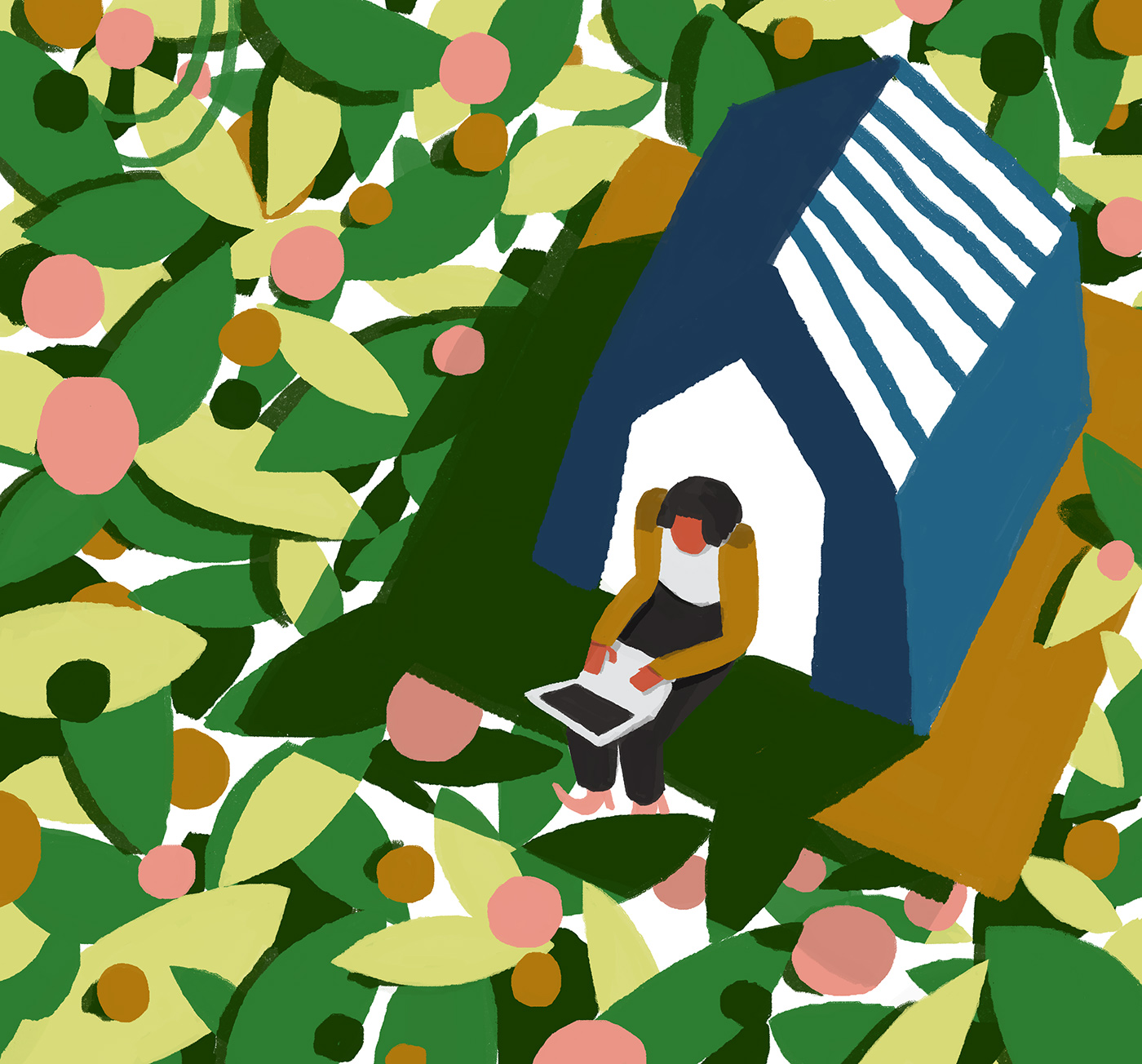 President Trump made known his intention to crack down on immigration when he took office in January. As a result, nearly 500 state and local jurisdictions across the United States pledged to uphold their status as a “sanctuary city,” offering protection to illegal immigrants from federal immigration agents. This, in spite of the President’s (much retweeted) threat to withhold federal funding to sanctuary cities (which he has so far been prevented from doing).

In a matter of months, as sanctuary cities were thrust into in the limelight, a new movement emerged, aiming to bring sanctuary to the level of the workplace.

Living in a sanctuary city doesn’t make an immigrant immune to the law; rather, it means that the city has “policy that limits their cooperation with federal immigration efforts.” It amounts to the difference between being pulled over for speeding and getting a ticket, or getting pulled over for speeding and being deported. Likewise, being employed by a sanctuary workplace means that anyone (legal or not) can challenge and voice an opinion without risk of deportation retaliation. As one might imagine, living or working in a sanctuary environment alleviates a tremendous amount of stress on an undocumented person.

Being employed by a sanctuary workplace means that anyone (legal or not) can challenge and voice an opinion without risk of deportation retaliation.

Sanctuary is a double-edged sword—the need for sanctuary suggests threat or danger. At the same time, by declaring sanctuary status, both businesses and cities are putting a stake in the ground to say, “Everyone is welcome here.” Whether or not inclusion is our starting place, it’s something we can correct for.

Sanctuary, as a revived movement

The origin of The Sanctuary Movement in the United States dates back to the early 1980s, as a campaign to provide safety to refugees from Central America. It was a movement that was both political and religious, as many different denominations and religious organizations stepped forward to offer refuge and help.

Today, under Trump’s administration, a large number of people face potential deportation, and the ramifications range from deeply personal and catastrophic to economically debilitating to industries that employ large numbers of undocumented workers, including the service industry, manufacturing, and construction. That is, unless cities and businesses do something about it.

In April 2017, the Oakland City Council in California unanimously voted on a resolution to promote the creation of sanctuary workplaces so that businesses would not discriminate based on immigration status. Similarly, a coalition of sanctuary restaurants across the United States have pledged against harassment of anyone (staff and patrons) based on immigrant or refugee status, race, religion, gender, or sexual orientation—thereby broadening the definition and reach of sanctuary.

Creating sanctuary in the workplace

Sanctuary in the workplace is not what might spring to mind: a physical space where employees can meditate and do restorative yoga or generally seek refuge from the pressures and noise of the outside world. Instead, it’s something less tangible. Sanctuary is created by making a commitment to employees that work is a safe place, physically and emotionally.

According to The Sanctuary Model, by Sandra L. Bloom, M.D., “The process of ‘Creating Sanctuary’ begins with getting everyone on the same page—surfacing, sharing, arguing about, and finally agreeing on the basic values, beliefs, guiding principles and philosophical principles that are to guide our decisions, decision-making processes, conflict resolution skills and behavior. There are no shortcuts here.”

If it sounds like hard work, it is. Hard, but purposeful. It requires that employers define what a safe space means to the organization. It asks: Are you safe for everyone, or specifically for a threatened population? What are you committed to doing (or not doing) to protect and foster that safety?

It asks: Are you safe for everyone, or specifically for a threatened population? What are you committed to doing (or not doing) to protect and foster that safety?

Documented or not, we are all human

Even if deportation remains only a threat, it becomes a stressor that infringes upon one’s basic sense of safety and security. That, by definition, becomes a traumatic stress, impacting the central nervous system and limiting cognitive function and the ability to manage emotions. This affects nearly every aspect of life, from work to relationships, to making healthy choices for self-care.

Traumatic stress is not good for anyone—certainly not for employees, but not for employers, either. Stress on its own impacts productivity. A Global Benefits Attitudes survey in 2014 found “that levels of workplace disengagement significantly increase when employees experience high levels of stress.” It’s not hard to understand why. We’re human, and so we bring our lives into the workplace just as often as we take work, and the effects of the workplace, home.

From philosophy to action

While Bloom’s model outlines four pillars of sanctuary and provides a methodology that is at its most successful when embraced and lived by the whole culture, many businesses don’t have the resources to undertake sanctuary in this way.

One big step, beyond defining what a safe workplace means for your business, is to promote and encourage the creation of employee resource groups (ERGs). The types of ERGs that may form will vary by organization, but common ERGs are organized for women, LGBTQ, ethnic minorities, parents, and veterans.

“ERGs are a mechanism for promoting a safe environment so that people can come together around a shared identity,” said Khalida Ali, Senior Manager of Diversity and Inclusion at Zendesk. Different than a club, ERGs are employee-led and organized around a mission or charter statement that aligns with the company values and outlines clear objectives for the group. In this way, they can serve to empower the individual and offer a supportive environment to them.

“Part of the power of an ERG is being able to talk about day-to-day experiences that you have as an individual, which aren’t necessarily tied to a workplace issue or experience,” Ali explained. “How you experience the world doesn’t change when you come into work.”

“Part of the power of an ERG is being able to talk about day-to-day experiences that you have as an individual, which aren’t necessarily tied to a workplace issue or experience.” – Khalida Ali

ERGs can also promote awareness and provide education around issues faced by the community, helping to build bridges to the larger community. By definition, ERGs are inherently inclusive—open to anyone who is interested in, and supportive of, the group’s mission, whether or not they identify in the same way.

Consumers vote with their money

Employers today are under a lot of pressure to provide workplace environments that employees want to be in, but it’s also to the employer’s benefit to do so. Aside from recruitment and retention efforts, safer and more inclusive work environments allow employees to be more productive and to thrive, and to be recognized on the basis of their merit and dedication.

Increasingly, businesses are becoming places aligned around shared values as much as they are places that sell things. Employees want this, but so do consumers. An easy example comes from Nordstrom and Neiman Marcus, who cited poor sales and dropped Ivanka Trump’s fashion line under heat of anti-Trump protests by their customer base. Like it or not, the politicization of brands is on the rise, and companies will be on the hook to draw a line in the sand on sensitive issues that seemed previously disconnected from business outcomes.

Depending on your company’s beliefs and culture, sanctuary may not be something you need. But it’s a conversation worth having, to explore the challenges employees face that might impact their safety and productivity, and to uncover changes you can make in the workplace to help employees feel more supported.