Digital detox and the big business of unplugging 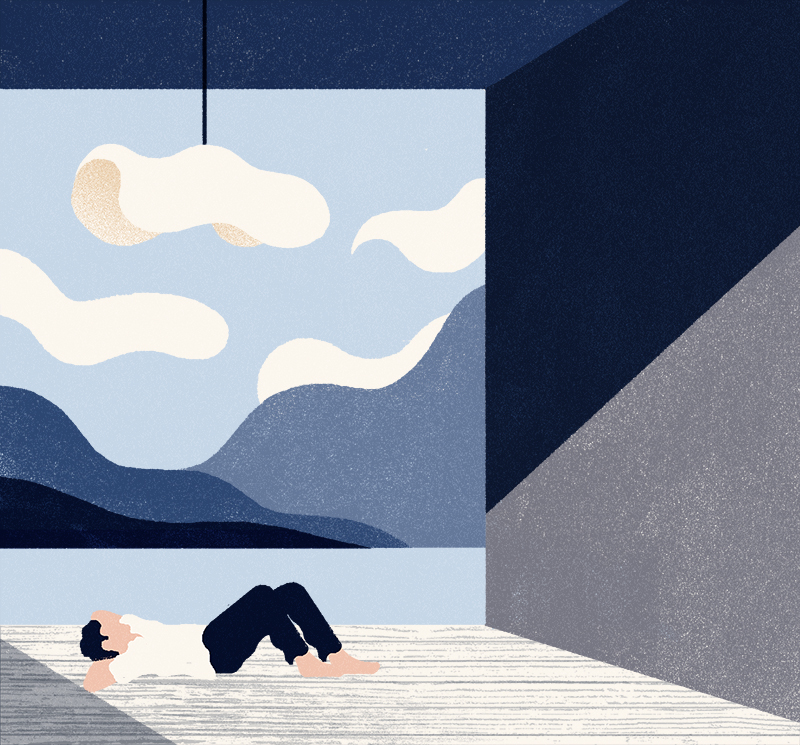 Chances are you have about sixteen other tabs open on your laptop right now. Your cell phone is likely nearby (as is your tablet), in case you want to (a) check your news and push notifications (b) respond to your text messages, and (c) update all your social media channels. Sound familiar? You’re not alone. I had to hide my phone in order to write this article from start to finish.

Did you know that the average person checks their phone 200 times a day? That’s once every six and a half minutes. Did you know that one in four people spend more time online than they do asleep? Or that 70 percent of 16-24-year-olds say they prefer texting to talking and that the average teenager sends 3,400 electronic messages a month from their bed? Digital usage is officially in overdrive.

It’s clearer than ever that we (as a society) need a serious time-out from our digital devices. Whether it’s an hour during the week or a full weekend, unplugging has real benefits from helping us get more restful sleep, to being able to remember things better.

The business of unplugging

A few months ago, I read an article on a plane, which is one of the few places I can blissfully unplug, thanks to being too cheap to pay for wifi. The piece was about former Googler, Tristan Harris, who questioned the ethical nature of developing apps that are designed to be addictive. In the end, he decided it wasn’t the type of work that should take up his life. Harris left Google to start his company, Time Well Spent, dedicated to bringing “moral integrity to software design: essentially, to persuade the tech world to help us disengage more easily from its devices.”

Yes, even tech evangelists fall prey to digital addiction, and to combat his vices, Harris attends events like UnplugSF, where attendees surrender their devices upon entry and are only allowed to participate in face-to-face, or human, interactions. The events provide meditation, art and writing workshops, yoga, hiking, and all the superfood smoothies you can consume. Unplug parties, part of Digital Detox, are not just in San Francisco—there are Unplug events in major cities all over the country, where weekend retreats cost between $595-$1,400. And then there’s Camp Grounded, where for four days campers trade in their computers, email, digital cameras, phones, and schedules for “the summer camp you remember from your childhood.” There are also digital detox-promoting businesses popping up across the world—from London to the Philippines, from rugged to luxurious.

Harris attends events like UnplugSF, where attendees surrender their devices upon entry and are only allowed to participate in face-to-face, or human, interactions.

And if you are still not near an event (or don’t want to detox at a high price tag), you can order an “unplugging toolkit” and join the National Day of Unplugging on March 3-4, 2017, from wherever you desire to disconnect from.

Can you actually afford to detox?

The blocker for many who want to detach from their devices isn’t about desire or motivation—it’s about cost and access.

While the addiction to our devices is global, the support networks are not. The elaborate “adult day camps” typically serve a very specific type of customer—upper-middle class with disposable incomes and a lot of home and personal devices. They are often centered around areas of privilege—New York City, London, Silicon Valley, San Francisco—where there are high levels of concentrated wealth, and not coincidentally, an embedded ecosystem of technology.

But what about the rest of the country? The rest of the world? The people who don’t have an entire home of smart devices, but just feel tethered to a digital world? What about people like me, who don’t reside in tech epicenters and can’t (or won’t) shell out $1,500 to detach? Ironically enough, the internet (and a little GTS) has some great advice.

The Telegraph offers nine ways to start a detox, which is good for those who have never tried to put down a device before. They encourage people to change one habit at a time; don’t try and overhaul your life in one go. “Maybe this would be banning all devices from the dining table, or from the bedroom, or only checking emails every two hours.” They also say to make a list of all your gadgets. It helps you see how many are in your life, and it makes you realize how much time you get back by opting out of all these devices.

Author Tom Chatfield thinks a digital detox is part of a package—a 21st-century challenge. In Live This Book, he encourages people to put away their devices for a whole day, to walk instead of drive, talk to strangers, bake bread from scratch, and spend an evening at home without electricity (now that’s a digital detox).

It sounds simple, but disabling push notifications can help you truly unplug—they are little reminders of what you’re missing (or not) and pull you back into the void. Let go of the FOMO and buy yourself some freedom.

It sounds simple, but disabling push notifications can help you truly unplug—they are little reminders of what you’re missing (or not) and pull you back into the void.

Another easy solution is to tell people you’re signing off for a few hours or a day. It makes it “real” and also holds you accountable.

And if you need more structure, It’s Time to Log Off offers a 30-day challenge for those who need to unplug, or for people who notice that their device usage is affecting their IRL relationships. Thirty days is often the amount of time it takes to build a habit, so those anxious to really overhaul their digital diet might opt for this path.

Whichever route you choose, know that it may feel rocky at first. I did a one-week challenge and found I had to keep my hands busy with something to substitute the phantom-limb feeling from my phone. Sad, but true. However, at the end of my week, I felt like I was more in tune with my thoughts and was able to peek at the beginning of a life where my devices don’t rule. I think it’s time to do it again.

Rachel Henry is a freelance writer and editor based in Chicago. She’s a firm believer in having chocolate every day and is an avid reader of just about anything. Find her on LinkedIn.