The startup spouse: a view from the other side of bed 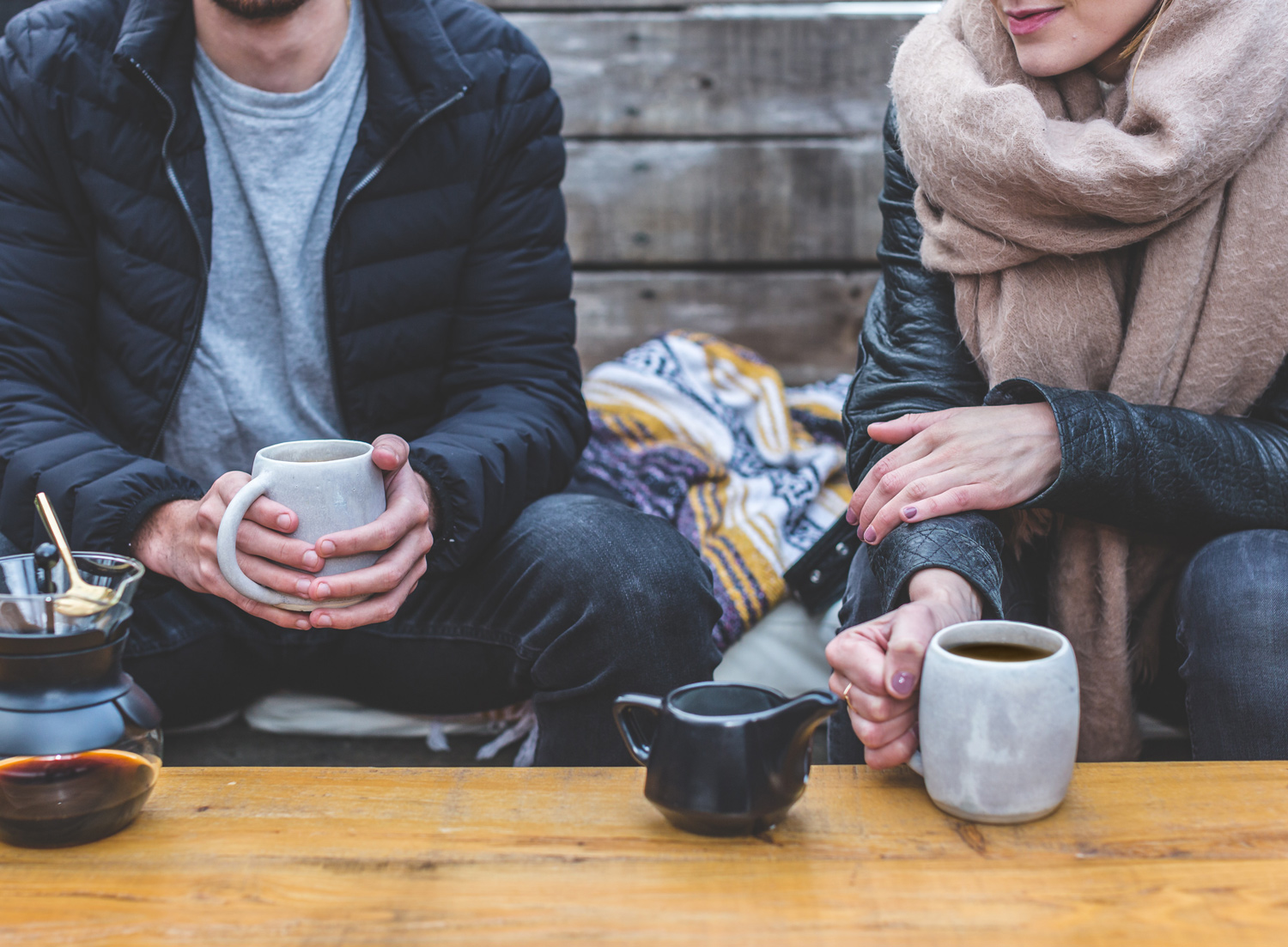 Over half a million people become entrepreneurs in the United States each month. That’s a lot of people following their bliss (or chasing that elusive unicorn). You know what’s also true? Behind most of those entrepreneurs is a romantic partner who—whether or not they like it—is along for the ride.

Just as being an entrepreneur isn’t for everyone, neither is sharing a bed with one.

There’s a cultural mystique that surrounds the launch of a company or inventing a new product or service. People love to fantasize about the freedom of running their own business, the financial payoff, or the fame—often, all three. Successful entrepreneurs achieve celebrity status thanks to their drive, their daring, and in some cases, their wide-ranging wackiness. The startup spouse, on the other hand? We are a bit more obscure and don’t necessarily inspire envy. At least, not on the face of it.

According to Entrepreneur magazine (appropriately enough), there are eight characteristics that anyone starting a company should possess. These traits include, as you’d imagine, “flexibility and adaptability,” and “communication and collaboration.” Reading through, I couldn’t find one descriptor that wouldn’t also apply to a startup spouse. In spades.

Take “future orientation”—the ability to think about what’s next, set goals, and reach them—as an example. Sure, this is important for entrepreneurs but their spouses need this trait, too, with a twist. To live with an entrepreneur, you must be able to envision not so much your own view of the future, but the future they’re driving toward. Otherwise, you’re in for a rough ride. Ditto “risk taking.” The entrepreneur bears the ultimate responsibility for the startup’s success, but his or her spouse is also taking a big leap given the extent to which startups disrupt stability at home. The startup spouse must find a way to manage his or her own anxiety around the risks in order to buy in.

I surveyed my startup spouse friends to learn what characteristics they view as critical to the role. Being flexible came in first, followed closely by being organized, supportive, and a good listener. Another essential quality? Humility. As one friend put it: “You have to be comfortable being in the background. It’s not often going to be about you.” Other traits that came up included: caregiver, mellow, supportive, generous, grounded, patient, and emotionally resilient.

Supporting someone who’s investing hundreds of hours a month (and in many cases, a ton of money) in a new business venture, can feel like a full-time job. That’s on top of whatever else you’re doing. Those of us who became startup spouses later in life may already have our own careers to tend to, and often there are children in the mix. Moving from a balance of power at home to one heavily weighted in one direction isn’t easy. Mustering unconditional support for a spouse’s startup feels like the right thing to do (after all, it’s your future on the line, too), but it’s sometimes easier said than done.

Then there’s the stress. Starting a company—of any size—is stressful. That stress seeps into an entrepreneur’s personal life, making it a factor in the marriage. Helping manage the stress becomes the de facto role of the startup spouse. For most, it means keeping all the wheels on the bus at home so that life can maintain some semblance of normalcy. For some, it also means supporting the family financially because the entrepreneur isn’t yet drawing a salary. And, for all startup spouses, it means looking the other way when your loved one is irritable, preoccupied, and misses dinner…again.

Helping manage the stress becomes the de facto role of the startup spouse.

How much is on the line—financially, emotionally, professionally—determines the level of strain involved. As one startup spouse put it, “There’s the promise of making a lot of money, but also of losing everything or making nothing.” And it can be lonely if you’re the only one of your peers experiencing the particular stress associated with starting a company from scratch. Put bluntly, “No one prepares you for receiving no paycheck for months, donating home furniture to the office, putting everything you own at risk for the company, having no health insurance, or crappy health insurance.”

The hardest part of being married to an entrepreneur? According to one startup spouse, it’s the unspoken expectation that an entrepreneur should be available 24/7 by phone, email, or in person. For another, it was the way his wife’s hard-driving Type A personality (core to her success as a company founder) trickled down at home. When both partners work full-time and have to juggle child-rearing, too, it’s tough. On the other hand, staying at home or working less in order to facilitate your partner’s eighty-hour work week isn’t easy, either.

Startup spouses are frequently asked to support their partner in ways they may not feel qualified for. From “full-time cheerleader” and “HR consultant,” to “petri dish for all new technology,” and “sounding board,” we wear many hats that go beyond “life partner.”

Some startup spouses are involved operationally from the beginning with the new venture. With a vested interest, taking an active role can feel good. Then again, sometimes it feels like something you can never get away from…which is kind of annoying given the whole “launching a company” thing wasn’t your idea in the first place.

Startup spouses are frequently asked to support their partner in ways they may not feel qualified for. From “full-time cheerleader” and “HR consultant,” to “petri dish for all new technology,” and “sounding board,” we wear many hats that go beyond “life partner.”

It’s a wild ride—here are some tips for survival

Now for the bright side. Life is rarely dull when partnered with an entrepreneur. It’s a wild, sometimes sickening, but always exciting ride. One friend noted that, at first, it was an exhilarating and bonding experience to work together to start a company. “Before we had kids we’d work until midnight, painting the office, building shelves…it was fun doing it together and being scrappy.” (Fast forward a decade and “being scrappy” feels less exhilarating. “Now it’s more like, ‘Where did the dining room chairs go? You took them to the office?’”)

Startup life does occasionally afford flexibility that benefits everyone. Because he’s his own boss, my husband can sometimes take afternoons off or plan vacations when it works for our whole family. And, as another startup spouse explains, “It’s always good to be around someone who is pursuing a dream. It’s inspiring and a really wonderful outlet for creativity.” Entrepreneurs can also set a great example for their children, modeling that they have control over what kind of work they want to pursue.

For those newbie startup spouses out there, here’s some advice from those who’ve been there:

At the end of the day, no one shares in the success (or failure) of a fledgling company quite like your spouse. Most of the startup spouses I spoke with were philosophical about the experience. One mused: “I would say it’s changed my life for the better. All the things I’ve done with her I never thought in my wildest dreams I’d be doing.” After years of the daily grind of making a marriage work, building careers, paying mortgages and raising kids, it can be very affirming to pull together as a couple in pursuit of a shared goal. As another seasoned startup husband put it, “We’ve had some hard times… like when we couldn’t make payroll. But we worked together and made it happen. That’s what spouses do.”

Women show up as the antidote to burnout and champions of DEI and advancement into leadership roles—even as the gap in burnout between men and women has nearly doubled in the past year.

Strategies for ‘going extreme’ and staying at the top: A CX Moment with Sarah Robb O’Hagan

Zendesk chatted with executive, activist, and entrepreneur Sarah Robb O’Hagan on what it takes to stay at the top of your game while taking your organization’s customer experience to the next level.

3 key lessons for running a business in a post-pandemic world, and why it's so important to build resilience into your systems and social capital within your workplace

Empowering organizations to empower women: How can we #ChooseToChallenge this IWD?

For International Women’s Day on March 8th, the theme is #ChooseToChallenge, prompting both men and women around the world to call out gender bias and inequality when they see it.