On the ground in Miami with our customer community 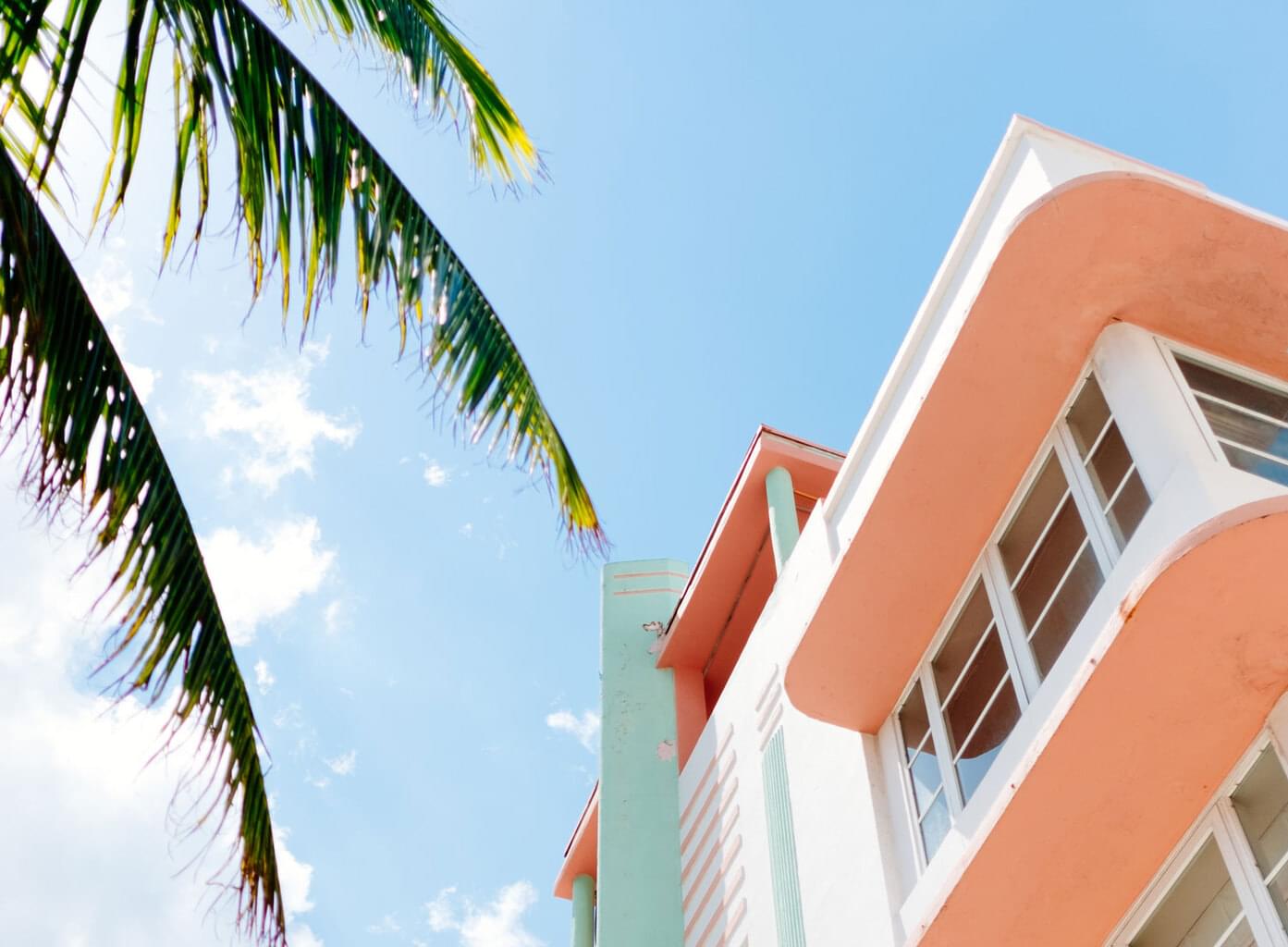 It’s a Tuesday morning in Miami. I should be stressed. I should be preparing for the arrival of 2,500 Zendesk customers, partners, friends, and employees. I should be at the convention center and in final keynote rehearsals. I should soon be in fancy clothes and pastel pink high heels. Instead, I‘m wearing sandals and casually kicking off breakfast for 70 people in a hotel meeting room.

Due to the growing coronavirus concerns, we canceled Zendesk Relate, our global user conference. We made the decision late into the evening on the Saturday before the event, and action plans immediately went into effect. Speakers were texted, notifications sent, and deliveries stopped. “Cancel your flight, get the word out, and be ready for more information,” became the rallying cry.

About 35 employees (including myself) were already on the ground. And soon 100 customers and partners would be as well. They had flown to Miami early to overcome jet lag or see family in Florida or take advantage of the beautiful weekend weather. Some people were on a plane or in the air when they received the cancellation news.

Sara Archer, the Director of Sales and Marketing for ChartMogul was sitting on the tarmac in Germany awaiting takeoff when she checked her phone one last time and saw, “Zendesk Relate is canceled.” Archer quickly texted her CEO who told her to “try and get off the plane.” Archer, who was meant to speak at Relate, was one of the first attendees to arrive in Miami.

“Waking up Sunday to see the email that Zendesk Relate was canceled was an absolute punch in the gut,” admitted Ben Segal, Associate Director of Infrastructural Efficiency for Freshly.

Dylan Max, Netomi’s Head of Growth was on the redeye Saturday night and received the news at 5:00 AM the next morning. “Suddenly, I felt stranded,” Max confessed.” Confused and frustrated (and very tired), I went to the Zendesk Relate app message board where I discovered I wasn’t alone.”

The app turned out to be just one vehicle where connections took place. Seeing that the app also included attendees who had received the cancellation in time, Max created a WhatsApp group to unify those actually in Miami.

Between the two technology platforms, attendees began to organize meetups, walking tours, and happy hours. When Zendesk discovered the community being organically built, we jumped in to offer guidance and encouragement. We used the apps to organize product deep-dives, arrange dinners between customers and executives, and connect peers to crowd-source challenges. “I could not be more proud of the community we built at Zendesk Relate,” says Max. “We had over 70 people join the group with hundreds of messages exchanged.”

When Zendesk discovered the community being organically built, we jumped in to offer guidance and encouragement. We used the apps to organize product deep-dives, arrange dinners between customers and executives, and connect peers to crowd-source challenges.

It’s not just humans that need a home when you cancel a significant event like Relate. It’s the food, the signage, and the massive rolls of yellow carpeting.

As part of the Relate design, we planned to bring the Miami sunshine into the convention center. And that meant 3,150 square feet of blinding lemon shag would blanket our expo hall. Instead, that sunshine will now carpet the floor of the International Rescue Committee’s welcome center in Arizona. Hopefully, it brings a little brightness to the families seeking shelter there. 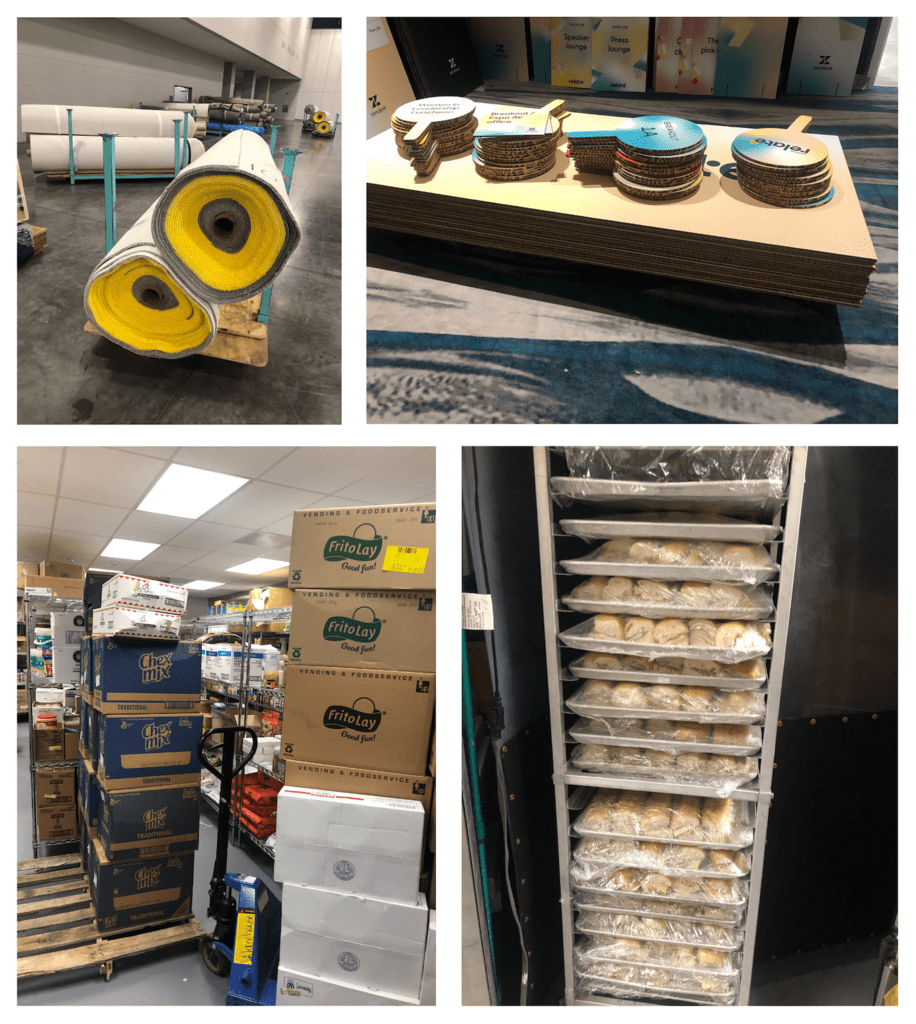 A different truck took piles and piles of beautiful event signage to Crayons to Computers, a non-profit in Ohio that supports teachers with classroom materials for their children. A local Miami artist took another 60 pieces of signage and plans to create an art installation in honor of the event. “We can’t wait to show you photos and stories of how our loss turned into other’s gains,” shared Zendesk’s Director of Corporate Social Responsibility, Todd Lienart. “We found new homes for some of the stuff we were going to have to throw away. To me, this is what a responsible company does, and we did it in 24 hours.”

And instead of tossing the thousands of pounds of food already committed to Relate, the convention center partnered with Food Rescue US to take the uneaten food and deliver it to multiple non-profits. Except for the 800 popsicles. The popsicles did not make it out of Miami.

What about that breakfast I was hosting on Tuesday morning? About 30 hours before, the team made a snap decision: let’s take the intimate startup breakfast we had planned and open it up to the entire Zendesk community. We’d use a meeting room at the Betsy Hotel, prep our two onsite executives with a mini-keynote, and give our attendees a sneak peek into the product announcements our CEO would make the next day.

Twenty-five people registered for breakfast. Over 70 showed up.

“The breakfast was awesome,” says Segal. “Zendesk had to take down the wall and extend the tables and chairs for all the people showing up. We got exclusive access to the Zendesk executives to ask anything and everything we could ever want.”

In less than two hours that morning, we delivered the Relate “experience,” albeit without any of the production value and the fanfare. There was no big stage, there weren’t any celebrities, and our sponsors piled their swag on side tables instead of displaying it in fancy booths. “Our feeling about Relate is still the same,” expressed Thomas de Becdelièvre, the co-founder of startup sponsor SnapCall. “A wonderful community of people exchanging CX in all the situations, whether we are on stage in a convention center or in a hotel lobby.”

“Our feeling about Relate is still the same. [It’s] a wonderful community of people exchanging CX in all the situations, whether we are on stage in a convention center or in a hotel lobby.”
– Thomas de Becdelièvre, Co-founder of SnapCall

After the product keynotes, attendees started sharing their stories. Speakers like Giselle Hernandez from Carnival Cruise Line and Jaime Whited from Brightwell talked about the presentation they were meant to give at the event. “I’m still available for my breakout session Q&A with Jamie,” joked Hernandez. “We were ready to give the best session at Relate.”

“In many ways, this experience mirrors what Zendesk is all about,” says Max. “Providing a platform that harnesses energy and good intentions toward something positive. At the end of the day, we just wanted to connect with folks and the group allowed us to do that.”

Be the company your customers want you to be

“For a ‘canceled’ event, it was truly quite something to see. The Zendesk community is so solid–it’s truly a family–and this experience in Miami will have a lasting impact,” said Segal. “It was actually fun at the end of the day–and isn’t that the whole point?”

It took Zendesk 18 months to carefully curate Relate. And it took our attendees mere days to create connections. While I’m disappointed we didn’t get to host the event for all our attendees, for me, the takeaway was that it doesn’t take an event to have a celebration, it takes a community. And for that, I thank you.

Editor’s note: While we’re sad we couldn’t catch some rays with you in Miami, we’re taking a peek at past interviews with some of our most highly anticipated speakers, including Jenny Dempsey on why burnout can actually be good, Dana Otto and Stephanie Dorman on leading teams through change, and Jeff Toister on how to get service right, just to name a few.