Radical Candor: be a better boss by saying exactly what you think 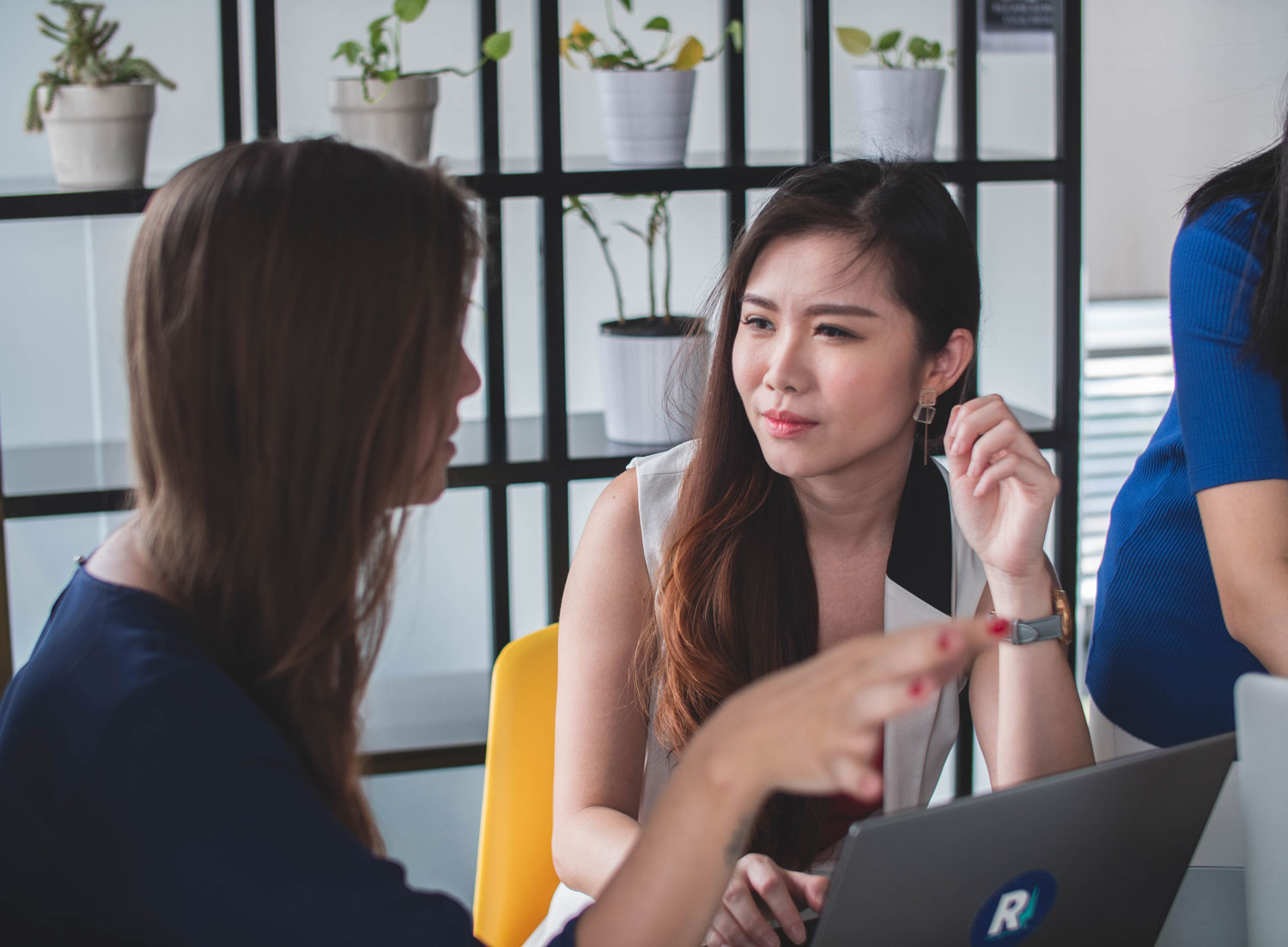 Can you think of a time when someone told you the honest truth? Was it difficult to hear? Sometimes our toughest critics are the people who care about us most. And in an ideal world, we’d always—and only—take feedback from those with our best interests in mind. Yet the world we live in serves up feedback on a platter, heaped with all manner of input from bosses, colleagues, spouses, friends, and family.

All that feedback can be hard to digest, and in part because it’s not all useful. It’s also because most of us are really bad at giving good feedback. One might say there’s an art to it, but that makes it sound fancy, like you’ve got to gussy up your words. Instead, according to Russ Laraway, former co-founder and COO of Candor, Inc., the secret to giving good feedback is simply to "say what you think."

“It doesn’t sound radical, but it is,” he explained to an intimate gathering of executives at an event in San Francisco. In fact, Laraway and Kim Scott, co-founder and CEO of Candor, Inc.—both former Googlers—have taken this message on the road, providing coaching to companies like Twitter and to promote Scott’s book, Radical Candor: Be a Kickass Boss Without Losing Your Humanity.

Candor, Inc. works to improve the people relationships within organizations. Key to this is speaking with what they call “Radical Candor,” which calls for challenging your colleagues directly and caring about them personally.

Radical Candor calls for challenging your colleagues directly and caring about them personally.

Why bosses should give a damn

There are many reasons why being a leader is hard, leading among them. Bosses don’t always have all the answers or total control over the day-to-day actions of their direct reports. There will inevitably be missteps along the way, miscommunications, or personality clashes to manage.

“It’s your job, sometimes, to say things that aren’t nice, and your moral obligation as a leader,” Laraway explained. Yet addressing a difficult situation doesn’t have to imply that you have to be mean or that you’re a mean boss. Leaders, Laraway said, need to work at being clear.

Too many leaders work instead at “being professional,” which suggests that we come to work and don an HR-friendly hat, a poker face, and dole out maxims. We might actively avoid crossing lines of friendship or caring about things that stand in the way of our end goals. In many ways, “being professional” is probably where we’ve all imagined we should be. Yet while it’s a fine starting point, it also puts us at risk of leaving our human side at home.

“You have to bring your whole self to work,” Laraway said, because strict professionalism leads to apathy and apathy leads to “office bullshit,” which is when we view others within the same organization as opponents. It’s a slippery slope.

“You have to bring your whole self to work,” Laraway said, because strict professionalism leads to apathy and apathy leads to “office bullshit,” which is when we view others within the same organization as opponents.

By contrast, caring about our colleagues and building genuine relationships within the workplace gives leaders—and everyone—greater ability to foster innovation, encourage change, and to create a culture of trust.

How willing are you to piss people off?

On the other hand, it can be dangerous to travel too far down the other end of the spectrum—being too nice, caring too much. The thing about caring—and perhaps why leaders put on their “professional” hats—is that it makes us averse to hurting someone’s feelings. The more we care about our coworkers, the harder it becomes to provide constructive feedback without beating around the bush or softening the blow. If we don’t care, then it’s much easier to deliver the blow.

Bosses who care too much to say the hard things fall prey to what Candor, Inc. calls “Ruinous Empathy.” Because shooting straight from the hip is difficult for these leaders, the “too nice” boss sometimes causes conflict, or allows small issues to escalate into bigger ones, despite their good intentions.

Laraway offered an example to help illustrate his point. There was a situation in the workplace in which he witnessed a peer tell a lie. Not wanting to call out his colleague or undermine his authority in front of his team, Laraway decided to deal with the situation later, offline. Yet delaying feedback left the situation to simmer until it escalated to a boiling point, eventually ending with an exchange of insincere apologies. In hindsight, Laraway realized he’d initially responded with Ruinous Empathy and had allowed a molehill to become a mountain.

Put another, simpler way, Ruinous Empathy is not telling your colleague when they have spinach in their teeth. By avoiding embarrassment in the moment, you open the door to greater embarrassment down the line. By contrast, being radically candid means grabbing that coworker by the elbow and saying, “You have spinach in your teeth. You might want to go to the bathroom and take care of it.” Telling it like it is might take you out of your comfort zone, but this example clearly illustrates why it’s the nicest thing you can do, and the most effective.

If you’re wondering what kind of leader you are, Scott and team have identified four types of bosses and developed what they call The Candor Gauge, offering leaders a way to see where they fall on the axis of challenging directly and caring personally.

Breaking down The Candor Gauge:

In person, Russ Laraway doesn’t mince his words—which is, of course, intentional. At the event in San Francisco, as late sunlight filtered in through the windows, illuminating amber-tinted whiskey bulbs suspended from the ceiling, he recounted a pivotal moment in his former military career in which he received radically candid feedback.

In the military, he explained, leadership is prized above all other skills and a leader is held accountable for everything the organization does or fails to do. Thus, rightfully, Laraway was held responsible when one of his Marines went rogue during a weekend shore leave. In many cases, that’s where the story might have ended—Laraway would have moved on, hopefully not repeated the situation, and been left with fleeting memories of shame, regret, and anger.

Yet Laraway’s colonel pulled him aside to offer a dose of the truth—which was that Laraway could have done more. It was feedback his colonel wasn’t required to give, and because it was to the point and came from a place of good intention, it was feedback that inspired change. Soon after, Laraway overhauled his weekend briefings to make them more proactive and more effective. This made him a better leader, but also better prepared the Marines under his command for their shore leaves.

It’s a story that crystallizes the concept of Radical Candor—a moment in which his colonel gave Laraway the gift of clarity, which is no doubt better than a sympathetic hug or a kindly pat on the back. For Laraway, it was transformative.

Bringing Radical Candor to the workplace will make you a better leader, but the concept can also be applied broadly. Everyone can work on challenging directly and caring personally, though it does take some practice. Telling a peer, “Hey, your presentation sucked,” is certainly candid, but most people would agree it’s not helpful, or caring. So here are some things you can do to practice and encourage Radical Candor within your organization.

1. Give candor. The key to dishing out candor is also being able to take it. So give it humbly, Laraway said, and expect the challenge to be returned. The intention behind your feedback should be that you want to help, and it’s important to give feedback immediately, while it’s still fresh and relevant. “Issues have a short half-life and can go nuclear fast,” he said. “Your next meeting can wait.”

It’s important to give feedback immediately, while it’s still fresh and relevant. “Issues have a short half-life and can go nuclear fast. Your next meeting can wait.” - Russ Laraway

Direct, personal feedback is best given in person, or over video if your colleague is remote. And feedback isn’t always bad, so as a rule, give negative feedback privately and give praise publicly (so long as people are okay with being praised publicly). Either way, both negative feedback and praise should be specific. For example: “I appreciate the way you handled that difficult customer conversation,” instead of “You’re great”, or “I think that course of action is wrong, and here’s why. What do you think?”

2. Get candor. As a manager, think about how can you encourage candor from your team. Laraway recommends having a go-to question to help solicit honest feedback. For example, “Is there something I can do differently here?”

Then, he said, shut up. Count for eight seconds (long enough for some awkward silence) and listen with the intent to understand. If you’re actively listening, your response should be something like this: “What I think I hear you saying is, if I do X, Y, and Z, that will help you in A, B, and C ways.” Strive to embrace the discomfort in these types of exchanges, and then reward the candor you’ve successfully encouraged.

3. Encourage candor. Wanting to intervene in interpersonal conflicts between team members, or between teams, is nice but ultimately a roadblock. “Don’t triangulate in interpersonal conflict,” Laraway warned. You might feel like you’re listening and empathizing, but listening to someone vent means you’re hearing only one side of the truth. That stirs the pot. The best thing to do is to shut it down and encourage your colleague to handle their issue directly. If they can’t, encourage them to come back and escalate their issue together.

“Don’t triangulate in interpersonal conflict,” Laraway warned. You might feel like you’re listening and empathizing, but listening to someone vent means you’re hearing only one side of the truth. That stirs the pot.

4. Gauge candor. “The first step toward change is awareness,” Laraway said. Take the pulse on your management style by trying The Candor Gauge. It can be as simple as drawing the axis on a whiteboard and putting a Post-it note where you think your behavior falls. The key is to then ask your team where you’re showing up. It’s uncomfortable, sure, but here’s the unflappable truth: whatever your team says is right.

Ultimately this is all good news. The secret to being a good boss is entirely within our own control. It’s not about having all the answers, or being the most extroverted, or leaning on fear as motivation, or even being the most fun and nicest boss around. Instead, being a great leader is about building great relationships, founded on honesty.

Take a deep dive into each quadrant of The Candor Gauge:

Mean bosses and other four-letter words
Bad boss or bad behavior? What happens when feedback falls short
The perils of being a too-nice boss
Say what? The transformative power of radical candor at work

Startup Central — Tips for leading with compassion with Bunch.ai and monday.com

How managers can lead with compassion during difficult times. 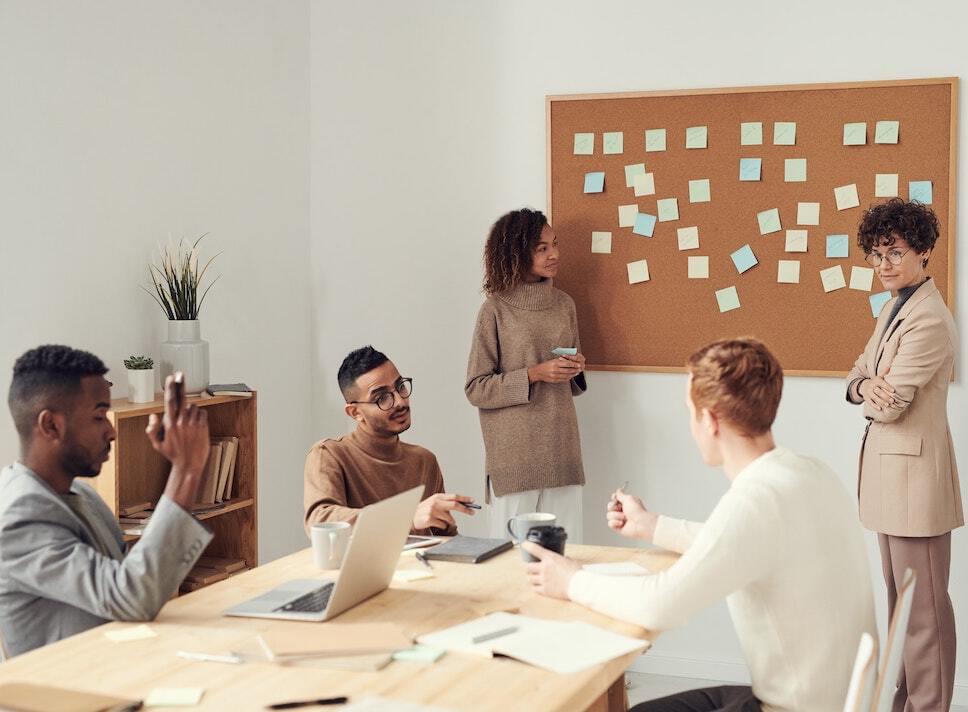 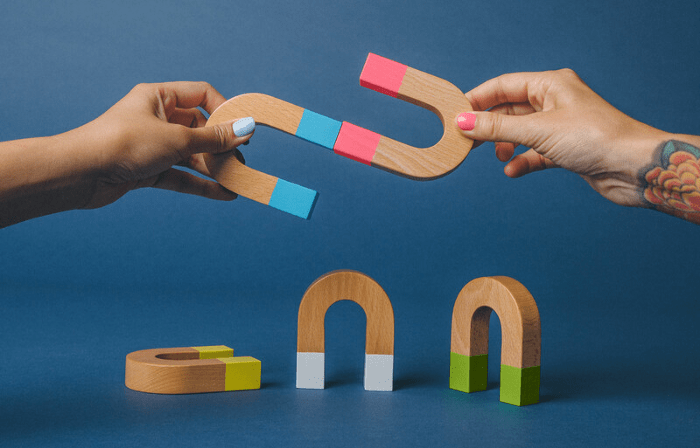 Startup Central — How to stay connected to your customers with Digit, Fandom, and Lever

In our latest Startup Central Virtual Meetup, we discuss how businesses can meet new and rising customer expectations.

Glennon Doyle on why the work of transformation is never done