The art of the unbiased interview 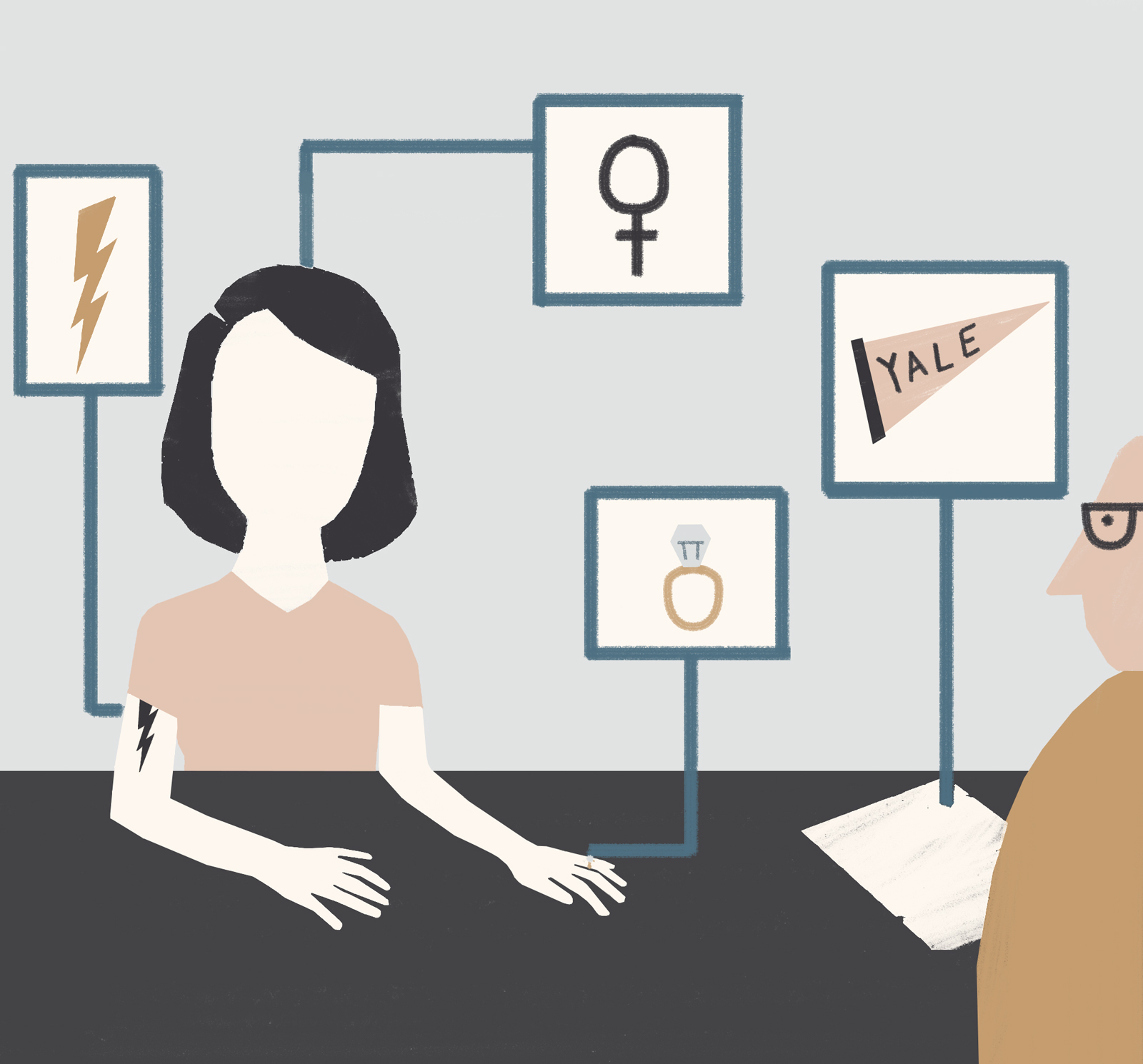 A job candidate is waiting for you in the next room. Before beginning the interview, you do a quick scan of her resume, noticing that she graduated from Stanford, just like you. A flicker of familiarity sparks in your mind, and you wonder if she used to hang out at the same college bars you frequented. You open the door, and proclaim, “A fellow Stanford alum! Good to meet you.” Boom—you just became a biased interviewer.

Intentional or not, you’re now more likely to view the candidate favorably, pay better attention to her positive vs. negative attributes, and give her more micro-affirmations than a candidate whom you don’t feel an affinity for.

“But wait,” you might be thinking, “I’m just finding common ground. I do have to work with this person after all.” Yes, common ground or “culture fit” is important. And having a friend at work does sweeten our work lives, but that’s not what the job interview is about.

As an interviewer, your ultimate goal is to evaluate how this person will perform on your team. The most relevant data is previous work performance, not alma maters, sports team affiliations, or non-profit volunteer history. It’s pretty straight forward, “The best indicator of future performance, is past performance,” says Shannon Nolde, Lead Recruiter at Zendesk.

[Read also: How to woo a work wife]

“The best indicator of future performance, is past performance.”- Shannon Nolde

Why is bias bad for business

When we hire based on biases, we make bad hiring decisions. Or rather, we make decisions based on incomplete and irrelevant data points. You wouldn’t (you shouldn’t) buy a car simply because you like the color—you shouldn’t hire (or not hire) an employee because of superficial personal reasons. Not only are misguided hires costly—41 percent of companies say one bad hire can cost them over $25,000—they bring down productivity. As much as 80 percent of employee turnover is due to bad hiring decisions. 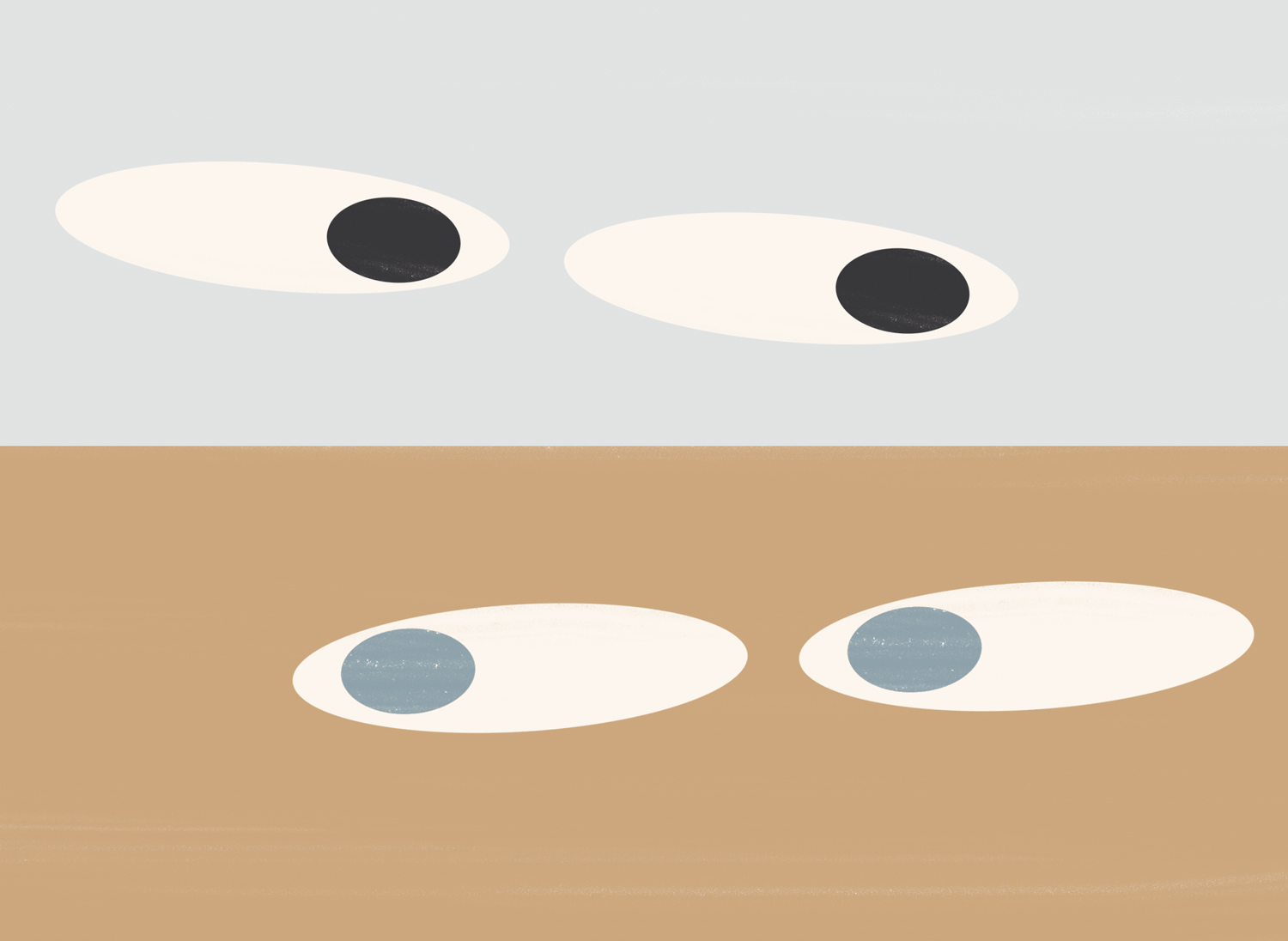 To be biased is to be human

While bias is bad, having subconscious biases doesn’t make you a bad human. It just makes you human. To note though, we’re talking about small biases that create implicit associations. Something like, “She’s a Minnesota Vikings fan, we’ll probably get along on this team” as opposed to ugly unbridled bias ala “I won’t interview a woman for this position.”

Which is why most people vehemently deny that they are biased. In a 2015 study published in Management Science, researchers found that only one adult out of 661 said that he/she is more biased than the average person. The truth is, we are all prone to bias. In her TEDx talk, Are you biased? I am, Kristen Pressner offers an easy way to test gender bias.

If so, you have a gender bias. Pressner swapped the descriptions usually used for women and men to prove that we unconsciously associate certain qualities with gender.

Even people who practice objective thinking for a living can fall prey to bias. In a Yale study, researchers sent identical student applications to science professors across the country. These professors were asked to evaluate how successful the student would be, how hireable they were, and how much of a salary they could expect. Each application was exactly the same, save the candidates’ names: John and Jennifer. The results? A statistically significant bias for the male students, from both male and female faculty members.

Did these professors knowingly think that a man would do a better job? Probably not. More likely they are simply conditioned by unconscious biases.

The human mind is complex and biases are endless. But, there are a few that play a prominent role in hiring discrimination. Those biases are: Confirmation, Affinity, Attribution, Halo/Horns, and Beauty.

Confirmation bias is interpreting information in a way that confirms your existing beliefs. For example, say that you think people from public schools have bad grammar. While interviewing someone with a public education, you see a typo on their resume. You also have their portfolio of impressive writing samples that show a wonderful mastery of grammar, of which you will unintentionally ignore. With Confirmation bias, you’ll use selective thinking to ignore data that contradicts your bias (the portfolio) and focus on the one piece of information (the typo) that supports your beliefs.

Affinity bias is a preference for candidates who you feel connected to. Perhaps they remind you of someone you know, or they went to the same high school as you. In the same vein is Similarity bias, a preference for candidates you share similarities with such as the way they dress, their race, gender, etc. Needless to say, the Similarity bias is a big obstacle in building a diverse workforce.

Attribution bias is assuming specific attribution for a person’s success or failures. For example, if you tend to blame yourself when things go wrong—you might assume a candidate’s workplace failure was their fault. But there could be external circumstances you don’t know about.

Halo/Horns bias is letting one amazing or unpleasant detail sway how you feel about the candidate in totality. For instance, perhaps they worked at a highly regarded company prior to this job. You might be tempted to view all of their accomplishments with a special glow. Conversely, if they are a former convict, you might look at all of their accomplishments in a negative light.

Beauty bias. Can we just all agree not to hire someone just because you find them attractive?

The first step in banishing bias is acknowledging that you are biased. Say it with me, “I could, possibly, maybe, have a bit of an unconscious bias.” If that’s a hard truth to admit, don’t worry, you aren’t alone. Researchers have found that most people have a bias blind spot. They assume that everyone else is more biased than themselves. But being blind to your bias is harmful to everyone. Studies on hiring discrimination have found that people who believe their own judgments to be unbiased are actually more likely to be biased in making hiring decisions.

The first step in banishing bias is acknowledging that you are biased. Say it with me, “I could, possibly, maybe, have a bit of an unconscious bias.”

To avoid bias in the hiring process, follow these tips:

Partner with the pros

Even with the best of intentions, it’s challenging to eliminate personal bias. Sometimes businesses need to help employees by doing a little heavy lifting too. As Bohnet argues, “While it’s exceedingly difficult to remove bias from an individual, it’s possible to design organizations in ways that make it harder for biased minds to skew judgment.” 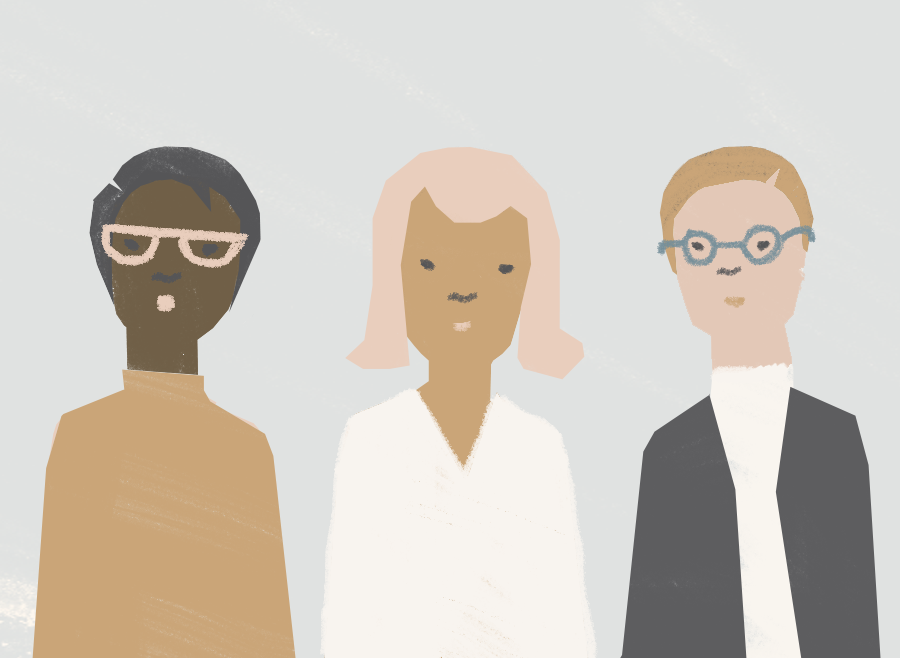 The good news for most businesses is that diversity and inclusion training is a booming industry with lots of innovative partners to choose from. Interviewing.io allows candidates and companies to conduct completely anonymous interviews. If the company is interested, the candidate is notified. They can then “unmask” themselves to reveal their identity. Another service Text.io tries to eliminate bias long before the interview by promising to spot gender-biased copy in the job descriptions. There are also services after the interview, Paradigm, a strategy firm, helps businesses increase diversity through Unconscious Bias workshops and by designing inclusion strategies.

Preparing for an interview? Keep this checklist handy as you review candidates to keep your bias at bay.

Whether you’re working to personally eliminate bias or at a company with a diversity goal, just remember it can be a long process. In the end, though, it will benefit everyone—from a happier work culture to a healthier bottom line. Joelle Emerson, CEO of Paradigm says, “More than diversity, building an inclusive workplace allows people to be themselves, and empowers them to succeed.”

By acknowledging your unconscious bias instead of ignoring them, you are already well ahead of the game. Every step after that will bring you closer to the unbiased interviewer (and human) you want to be.