Stemming the loneliness epidemic one interaction at a time 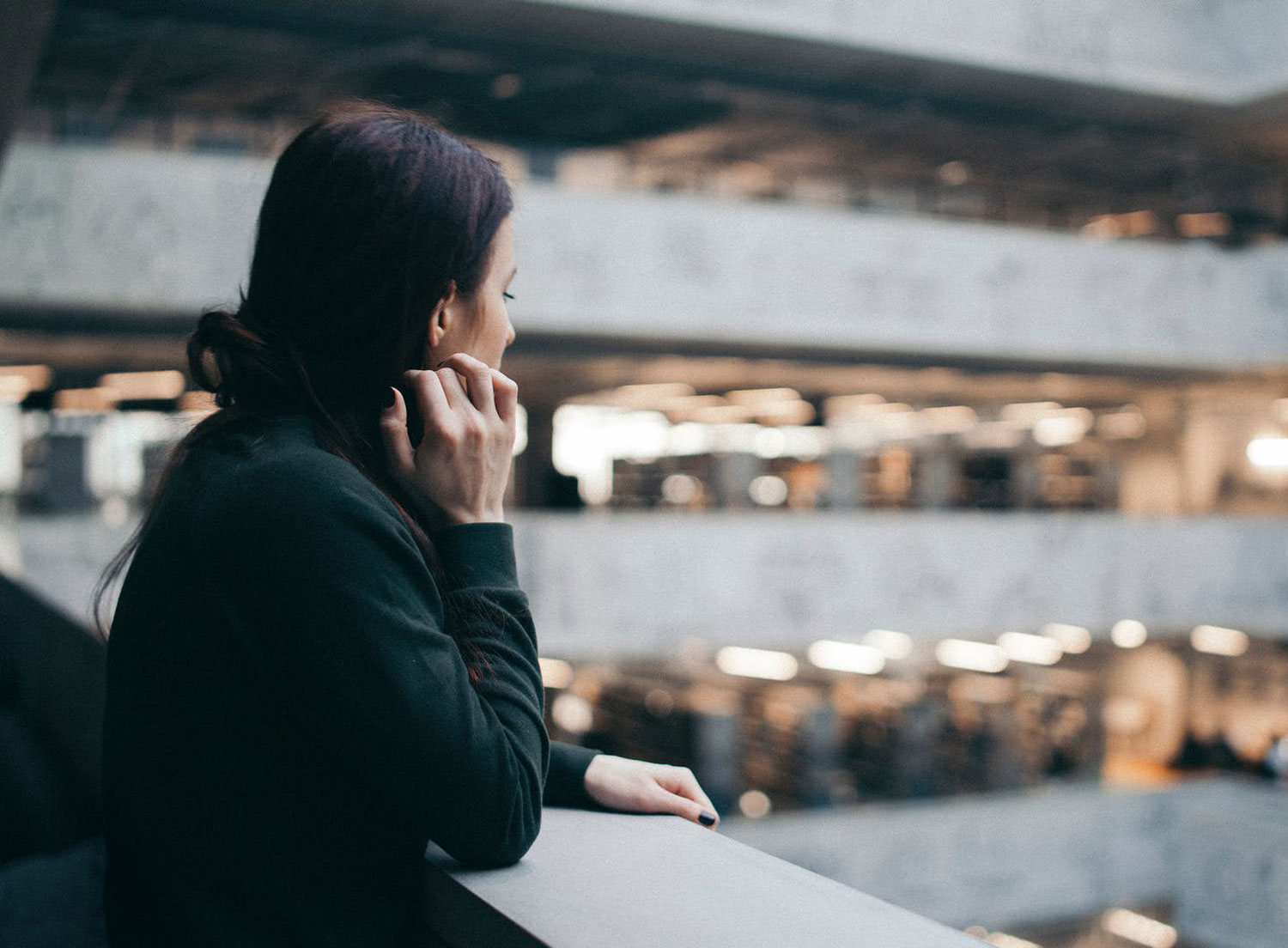 As you’ve likely heard, there is an epidemic of loneliness going around. People feel profoundly disconnected from one another, which leads to a diminished sense of meaning and threatens health and well-being on an individual level. This loneliness problem is global—the U.K. has even appointed a minister for loneliness—and undoubtedly has several causes. One clear culprit is the way we use technologies like social media and social apps as a buffer against the messy, failure-ridden process of building and sustaining human relationships in person. Connecting through a carefully crafted digital profile sidesteps rejection, awkward pauses, and inadvertently sticking your foot in your mouth. It allows us to sculpt an identity that plays to a broad audience, one that’s been market-tested with human frailty edited out.

As we hone our online skills, we very likely reduce our offline skills. This happens with technology. Millennials and Generation Z might never learn how to do long division, write in cursive, or memorize the capitals of the world because technological solutions have rendered these tasks unnecessary. But when it comes to building and maintaining relationships, nothing can actually replace knowing how to connect, human-to-human, in person. And the alternatives are kinda sad.

I’m talking about people choosing a romantic “relationship” with a robot over a human; paying someone to cuddle them rather than cultivating relationships that include cuddles; hiring strangers to behave as family members or friends; and replacing human relationships with pets because they’re easier than people. (Or to go a step further, replacing real pets with robot pets because they’re easier than animals.) Every single one of these examples has its place, but the question is whether they’re being used by people who have insurmountable barriers to building social bonds or by average people failing to do the work to overcome normal social barriers like shyness, anxiety or miscommunication. The fear is that our efforts to avoid the discomfort of real relationships will—as social media sometimes does—create surface relationships that actually ground us deeper into loneliness.

And that fear is real, even with all the options we have to make instant connections, wherever we go. People report feeling lonelier than ever, more people are dying from addiction, and suicide is at a 30-year-peak despite the resources or access to resources available.

Meaningful human connection is much harder to establish than the instant, tech-enabled kind. University of Kansas Associate Professor of Communication Studies Jeffrey Hall revealed in a report published in 2018 in the Journal of Social and Personal Relationships that it takes “roughly 50 hours of time together to move from mere acquaintance to casual friend, 90 hours to go from that stage to simple ‘friend’ status and more than 200 hours before you can consider someone your close friend.”

Building those bonds requires vulnerability—to create trust—and some measure of sacrifice to put the other person and the relationship ahead of yourself. That might just mean tackling your control issues to avoid conflict, or spending a weekend helping someone move. But even these small sacrifices seem too much for many people. In one study about students' attachment styles, which inform how we make and sustain relationships, there was a significant increase in the number of people with a ‘dismissive avoidant’ style. People with this attachment style are disdainful of relationships and the people who prioritize them. We’ve become more self-centered, less interested in putting in the effort required in a real relationship.

It takes roughly 50 hours of time together to move from acquaintance to casual friend, 90 hours to go from casual to friend, and more than 200 hours before you can consider someone a close friend.

For example, professional cuddlers claimed their service was better than relationship intimacy because, in a relationship, if a spouse asked for a cuddle, their partner might expect to be rewarded in some way, maybe by doing a chore. By contrast, the cuddlers offer “undemanding, unconditional intimacy.”

The problem with this argument is that cuddling falls under one of the Five Love Languages—Touch—as does asking your partner to do a chore, which falls under 'Acts of Service'. These actions represent how people communicate love for one another and deepen their connection. Cuddlers’ affection, by contrast, is a financial transaction in which dollars are traded for the momentary illusion of intimacy. Normally, warm fuzzy feelings are the reward for putting in the work to build a real, sustaining relationship; with cuddlers, these feelings are purchased a la carte.

Taking another example, some people have chosen to forego having kids in preference for “fur babies,” otherwise known as pets. They lavish the attention and money that previously would be reserved for kids on their dogs or cats—buying them clothes, insurance, daycare, etc. While a connection between a person and a pet can be very meaningful and many people have good reasons not to have children, some of this may be a way to avoid the work required to build the kind of deep (and sometimes demanding) human relationships that make for a full life. Pets need a lot of love and attention, but their needs are mostly static over the course of their lives. By contrast, parenting a child well involves continually maturing and evolving through each of the child’s developmental stages.

In one study, more than a third of millennials said they didn’t want to have kids because it would cut into their leisure time. But while it sounds good to have an easy, unencumbered life, it winds up being bad for us. It turns out that serving something or someone other than ourselves—part of the definition of meaning—is essential to a healthy mind and body. Researchers say that it is how meaningful our relationships are that defines the quality of our lives.

A study out of Stanford noted: “The unhappy but meaningful life involves difficult undertakings and can be characterized by stress, struggle and challenges. However, while sometimes unhappy in the moment, these people – connected to a larger sense of purpose and value – make positive contributions to society.” Other studies show they have are much healthier and more satisfied with life overall.

By contrast, “Happiness without meaning is characterized by a relatively shallow and often self-oriented life, in which things go well, needs and desires are easily satisfied, and difficult or taxing entanglements are avoided.”

One of the places where adults face their ability to form relationships is in the workplace. In fact, the American Psychiatric Association recently established a department of Workplace Mental Health that, among other things, researches workplace relationships.

The loneliest people at work tend to be those who are also lonely in their personal lives.

Loneliness at work is a thing, too, and the loneliest people at work tend to be those who are also lonely in their personal lives. From a study reported in the Harvard Business Review:

“The more people you have around in your private life, we found, the better for keeping loneliness at bay. Conversely, respondents who reported being single, separated, or divorced reported higher levels of loneliness and lower social support than those currently in a relationship. (Singles were the loneliest of all.) Childless workers reported higher levels of loneliness than parents, and atheists and agnostics were lonelier than members of religious communities.”

It’s less about being surrounded by other people, though, and more about how we connect to them. The good news is that there are ways we can combat loneliness and the workplace, where we naturally must interact and share time with colleagues and customers, is a great place to start.

Here are a few ways to deepen connection at work.

Create safe spaces. Darcy Gruttadaro, director of the Center for Workplace Mental Health, said companies can help employees build meaningful relationships at work through creating environments where vulnerability is safe. “This is about compassion, learning about each other, building high-quality communication.”

She suggested managers start meetings with icebreakers like: "Tell us something we don’t know about you" or "What is something you like to do outside of work?"

“It comes down to the climate and culture of the organization,” she said. “If you’re in a high-powered billable-hour place where grinding out work is held in high esteem, that may not be the kind of environment in which people feel comfortable sharing their vulnerability.” By contrast, she has encountered some workplaces that took extra steps to create a peaceful space where people could connect, even building a meditation and mindfulness room for employees.

“If an organization takes the initiative to build a climate and culture where it’s safe to try new things, it will happen,” she said.

Volunteer your time. Ultimately, self-centeredness feeds loneliness. If we’re concerned with our own outcomes, we may see others as hostile and isolate ourselves. Deliberately putting ourselves out there for others, conversely, eases loneliness. University of Chicago psychologist John Cacioppo, who wrote a book on loneliness, said volunteer work can sometimes reduce people’s loneliness better than looking for friends. When you reach past your comfort zone, you’re putting someone else first, and that ends up being good for you, too.

Focus on momentary interactions. If you work in a customer-facing role, chances are you’re already skilled at connecting with others—and this is powerful because you can help stem someone else’s loneliness.

[Also read: Volunteering your skill set can have some surprising benefits]

One Slate writer wrote about building relationships and community with customers through momentary interactions and ongoing small conversations. This requires active listening, according to Gruttadaro. Just making sure that someone feels their issues matter—even small things like a missed delivery or a late payment—can make people feel less alone.

We are the solution

Loneliness is a weird problem in that it’s a very personal issue shared by everybody. Managers or governments can come up with all kinds of theories about how to solve this global epidemic, but the real solution is each of us making the effort to reach outside ourselves to make a connection with somebody else—even if we might look uncool or have to sacrifice our comfort. In the long run, it’s a small price to pay when we all stand to gain from it.

Knowledge is power—and vital for safety

When a refugee arrives in a new country their material belongings may be few, but they… 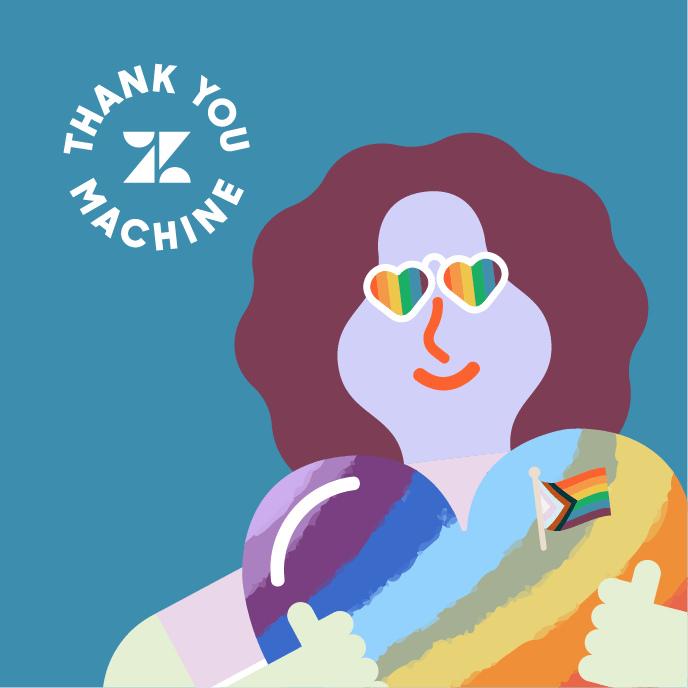 Pride is about celebrating inclusion for all employees

June is Pride month in the United States, a month-long celebration of Lesbian, Gay, Bisexual, Transgender… 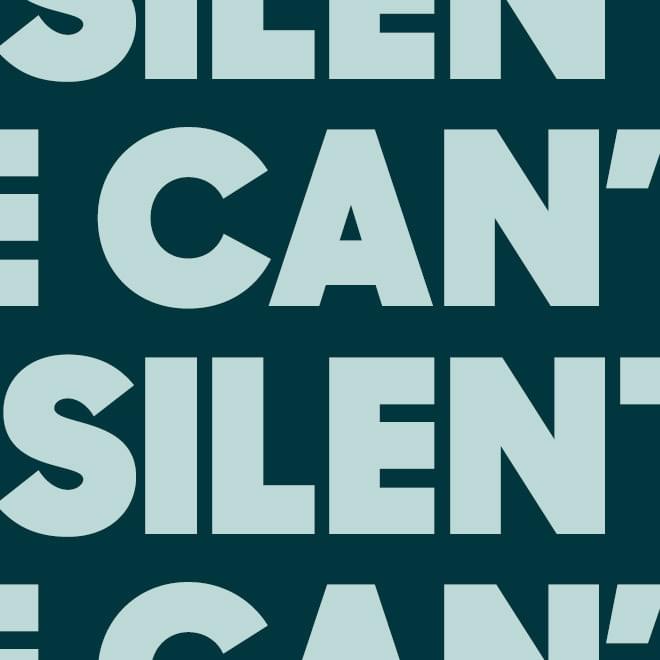 We support the Asian American and Pacific Islander community

Following a year of xenophobic rhetoric and racist attacks amid the pandemic, Asian Americans have faced… 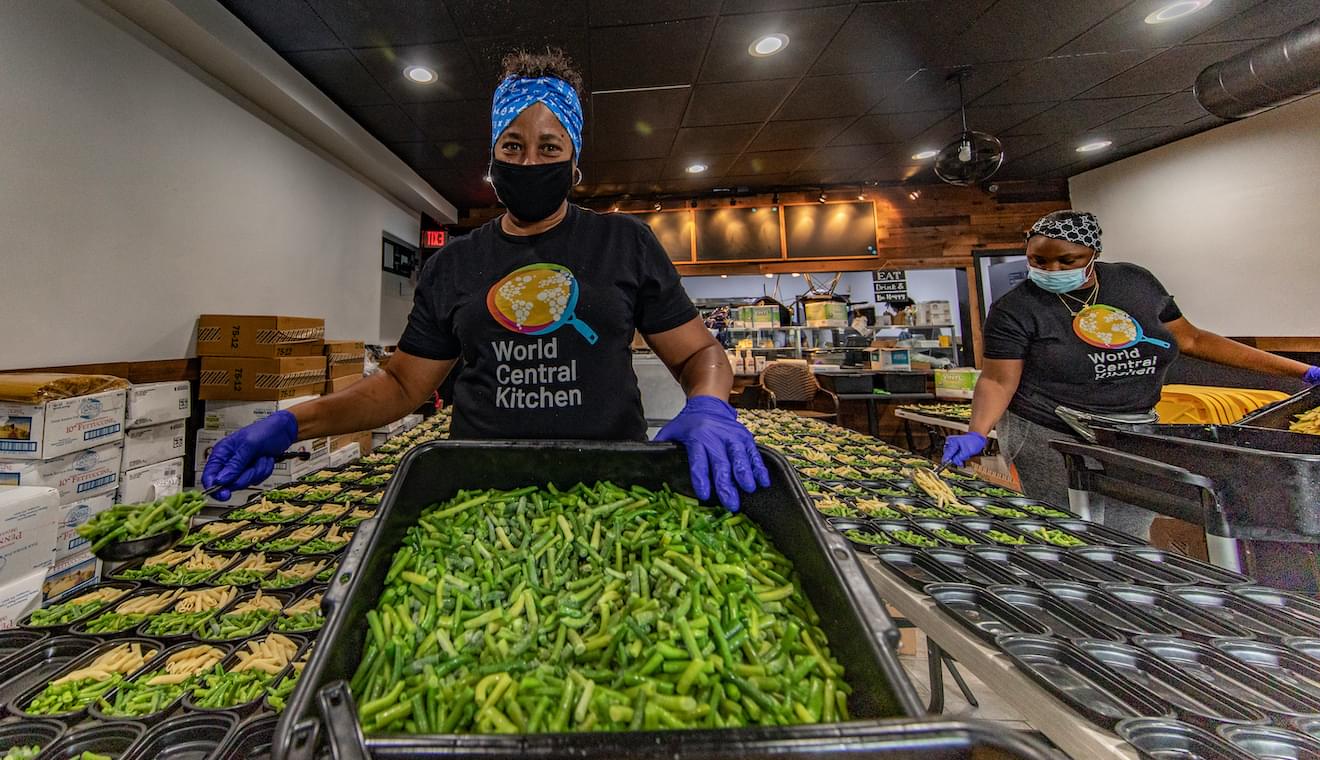 The fight to end world hunger can begin with gratitude